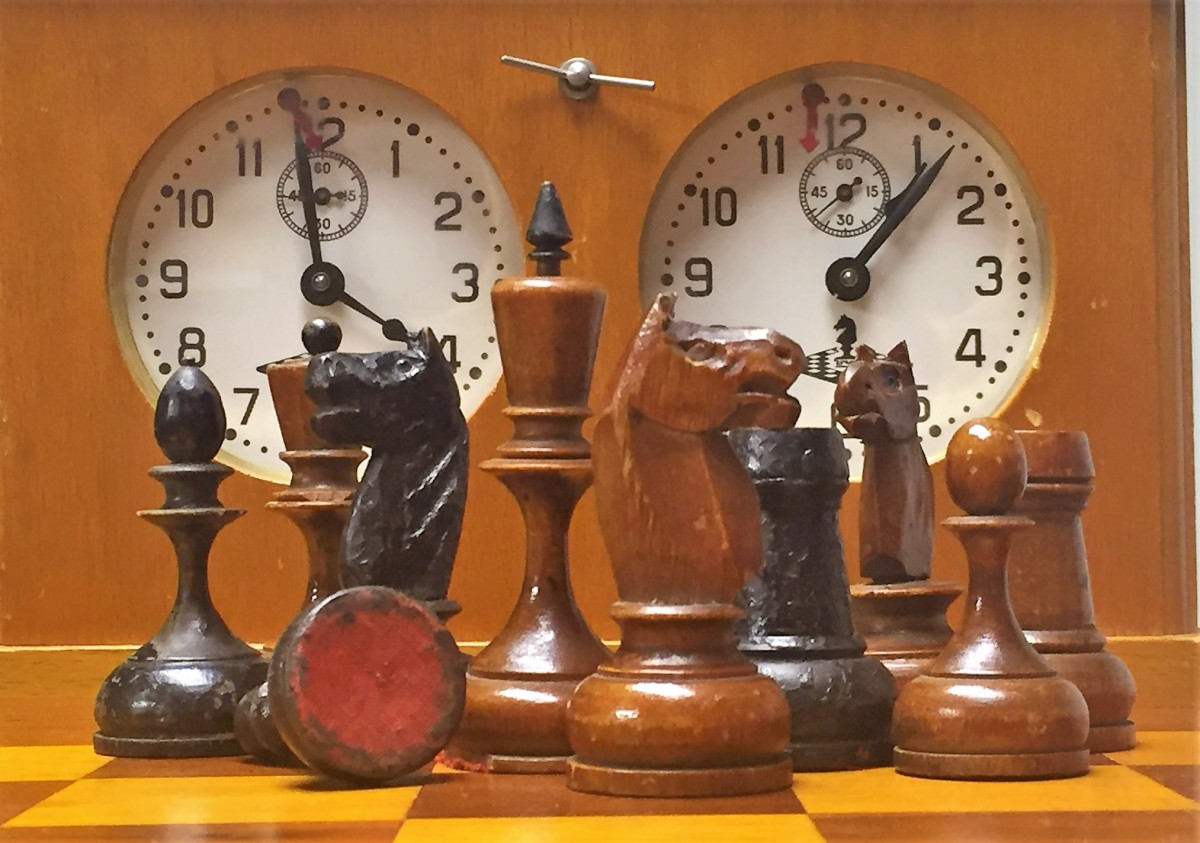 One of the things I like about writing for this website and managing the Facebook group Shakhmatnyye Kollektsionery is how posts often generate discussion and further discoveries. So it was with our recent article on The Ubiquitous Soviet Upright Pieces of Artel Vsekokhudozhnik. I’ll refer to the artel as Vseko for short.

St. Petersburg collector and researcher Sergey Kovalenko has reviewed his archives and found a second well-known set likely manufactured by Vseko. The set had been sold some time ago by an Etsy and eBay dealer known as Antikvar to a buyer unknown at this writing. Sergey kept photos from the set’s listing for his archives. He has generously shared them with us.

The label appears identical to that found in Mykhailo Kovalenko’s specimen discussed here. The top line recites the name of the artel; the middle line appears to give its address. The bottom line describes the contents: Chess (set or pieces) No. 4, presumably indicating their suitability for play on a board with 40 mm squares.

The pieces are easily recognizable and fairly common today, and generally are considered to come from the late 1930s or pre-war 1940s. Arlindo Vieira described them in 2012 as “Soviet Championship” pieces of the 1950s and 1960s, but we now know that the championship sets sharing many of this set’s design elements were from the BFII family.

Here are photos from a specimen in my collection, which unfortunately came to me without its original box.

My specimen has 87.5 mm kings. The pieces are unweighted, and have cloth bottoms.

I'm a chess collector, chess player, and retired attorney. I've been collecting Soviet and Russian chess sets since 2014. I'm interested in their history, design, and the people who made and played with them. View all posts by Chuck Grau